Black Friday: upto 20% discount on all Surveys and Valuations

What are smoke control areas and why do they exist?

An open fire is lovely - but do you know about your local smoke control area?

An open fire is lovely, especially when it is a luxury to supplement heat from a central heating system. What has often been forgotten, is that many of our cities have large smoke control areas.

The Clean Air Acts of 1956 and 1968 were introduced to solve the problem of the smogs encountered in our cities in the 1950s and 1960s which were caused by the widespread burning of coal for domestic heating, power generation and industry. This smog made a direct contribution to the premature deaths of hundreds of people in the UK. These Acts gave Local Authorities powers to control emissions of dark smoke, grit, dust and fumes from industrial premises and furnaces; declaring “smoke control areas” in which emissions of smoke from domestic properties are banned.

Since these powers were granted, smoke control areas have been introduced in many of our large towns and cities in the UK. The implementation of smoke control areas, the increased popularity of natural gas and the changes in the industrial and economic structure of the UK led to a substantial reduction in concentrations of smoke and associated levels of sulphur dioxide (SO2) between the 1950s and the present day.

These Acts, together with other associated clean air legislation, were repealed and consolidated by the Clean Air Act 1993, which, together with regulations and Orders made under the Act, provide the current legislative controls.

How our cities used to look in the good old days. 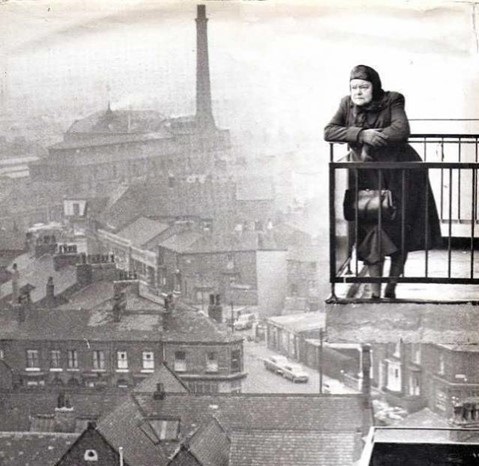 As the younger generation look back to some elements of the past, open fires, multi-fuel stoves and wood burning stoves are beginning to come back into use. Most householders no longer know that the types of fuel they can use are restricted.

In a smoke control area you can only burn fuels on the list of authorised fuels published by the Government,  or any of the following ‘smokeless’ fuels unless you’re using an exempt appliance:

Anthracite - Anthracite coal is black or hard coal, and is a naturally occurring smokeless fuel, extremely slow burning with a high heat output used in the domestic environment. The largest UK anthracite producer is located in South Wales, but there are also several private anthracite producers which supply fuel for the domestic market. Various sizes of anthracite are available (large nuts, small nuts, beans and grains).

Oil or other liquid fuels can be used in specially designed or adapted fireplaces.

The list is different for each devolved country of the UK. The list for England is on the link below. https://smokecontrol.defra.gov.uk/appliances.php?country=england

The householder must use only the types of fuel that the manufacturer says can be used in the appliance.

A Cheaper, Faster and Objective way to survey and value residential property

Our local RICS surveyors cover all postcodes in England and parts of North and South Wales.